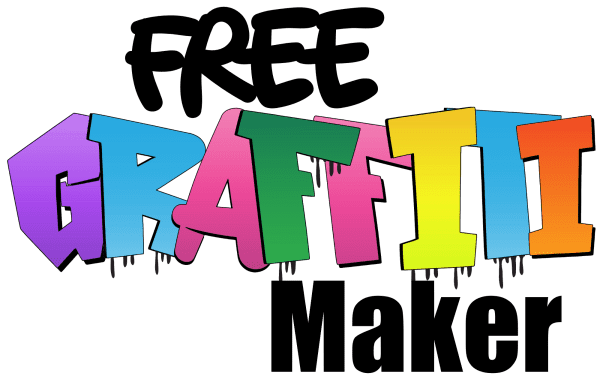 You don’t need to download any graffiti fonts to your PC!

You can drag each letter so that it overlaps to look like real street art graffiti letters that usually touch or overlap.

Click on the button below to open the graffiti letter generator.

There are many different graffiti styles and each graffiti writer has their own style and personal preferences.

Even though we offer many kinds of cool graffiti letters, you should probably only use one style for your artwork. You can mix and match if it works with your composition. Use your creativity to create a style that works for you.

The graffiti letter bubble style is round and bubble. The graffiti bubble letters font is slightly more difficult to draw than the block style.

This graffiti tag alphabet is available for free in the graffiti maker. The graffiti tag letters are available in any color you want. You can also change the color of each of the tagging letters individually. The tagging alphabet graffiti is often used to create tagger names to mark your graffiti art. Tagger names should be short and easy to write. Ideally, it should have up to four letters only so that you can write it really quickly and then leave the scene. You can use any font for tagging lettering as long as it is relatively quick to create. These letters are often called throw up letters or “throwies”. The idea is to throw them up quickly before someone sees you.

Here are some sample graffiti words that were created with our free graffiti letter generator. Watch the video on this page to see how to create grafiti words. 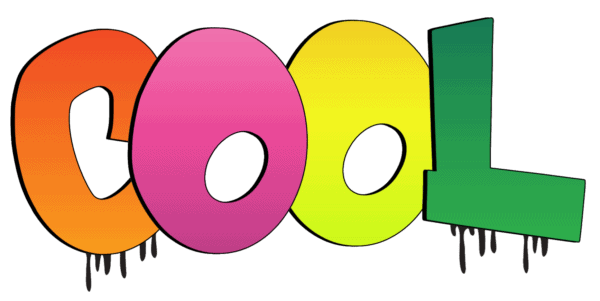 Graffiti is a form of visual communication, usually illegal, involving the unauthorized marking of public space by an individual or group (source: Britannica).  It is often created with spray-paint on a wall. Grafiti letters can be used on their own to create words or statements or with pictures or signs.

How to use this website to create graffiti lettering

You can use this website in a number of ways:

How to draw graffiti letters

Graffiti artists sometimes use stencils to create complex styles or works of art that repeat themselves.

Once you have mastered the technique, you can work on creating your own unique style.

In the 1990s, a new form of graffiti, known as “tagging,” emerged. Tagging entailed the repeated use of a single symbol or series of symbols to mark territory. In order to attract the most attention possible, tagging letters usually appeared in strategically or centrally located neighborhoods (source: Britannica). See tag letters graffiti above.

Which letters do you include in the free graffiti generator?

The entire graffiti letters alphabet is available from A to Z.

How to create a graffiti tattoo

Please note that our graffiti letters can be used for personal use only. They cannot be placed on another website.